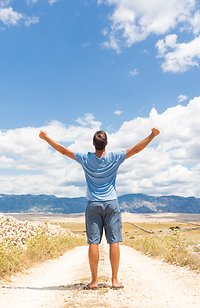 How Can Emotional Freedom Technique -EFT Help Me?

EFT, also known as tapping, is a powerful tool for improving our lives on multiple levels: mental, emotional and physical.

EFT is considered as an effective energy psychology modality which is used world wide.

and a great deal more

The treatment is based on the principles of ancient Acupuncture and Acupressure together with modern psychology.

EFT/ Tapping concentrates on gently tapping specific energy meridians while at the same time focusing on negative emotions and feelings and associated physical sensations. Spoken words are then used to locate and release the " stuck " energy,

It is a simple but highly effective process which allows us to be able to escape negative thoughts, phobias, addictions etc.,

The nervous system is calmed restoring the balance of our physical, mental and emotional energies. Effectively rewiring the brain , inspiring healthy thoughts and promoting health benefits.

What you can expect from an EFT Consultation :-

The consultation will begin with a discussion and exploration of the issues of concern and how we can work to resolve them using this therapy.

It is likely that you will be aware of the opportunities for progress and after the consultation and you will feel greater clarity of the situation and quite often a positive personal attitude shift.

This effective therapy can arrive at core issues very quickly and promote greater hope and optimism for the future.

It is considered an easy and painless process which clears negative thoughts and feelings.

EFT offers a quick exploration of the roots of problems as compared with traditional forms of psychotherapy.

During the first consultation you will get some indication of the number of sessions needed, although this can change depending on progress.

Some problems will resolve quickly, others are more complex and present different aspects to be worked on.

It creates transformation and positive change often easily and quickly.

EFT treatment is based on the principles of ancient acupuncture and acupressure together with modern psychology.

Tapping concentrates on specific energy meridians while, at the same time, focussing on negative emotions and physical sensations. In addition, it uses the spoken word to locate "stuck" energy and negative thoughts. It calms the nervous system to restore the balance of bodily energy and to effectively rewire the brain to inspire healthy thoughts and corresponding health benefits.

Many people around the world are becoming aware of this powerful techniques including therapists, healers, scientists, doctors, psychiatrists and people generally.

The technique involves the unseen interaction between our mind, body, spirit and consciousness, in order to assist our natural inborn ability to heal emotionally and physically.

It works by releasing blockages within our energy system which has previously created disharmony at a deep level.
Such as feelings of being stuck, anxious or depressed.
Addictive and compulsive behaviours can also be involved.

Many people including health and medical practitioners consider that emotional disharmony is a major factor in a significant amount of diseases and accompanying physical ailments.

The treatment involves lightly tapping with the fingertips rather than the insertion of needles, on the end points of our energy meridians which are just beneath the skin.

Dr Roger Callahan was a psychologist and original developer of the this energy system in the 1970's.
Gary Craig, a Stamford trained engineer who worked with Dr Callahan further developed the system and named it EFT.

He has stated "The intention is to achieve emotional and physical wellbeing very quickly", and explains the EFT Discovery Statement
as - ' The Cause of all Negative Emotions is a Disruption in the Body's Energy System'.

One great advantage is that the techniques can be used as a self help tool allowing people to contribute to their own healing and personal development.

The method is to focus on the specific problem or issue whilst tapping with the fingers on the end points of our energy meridians, which sends energy to the system uncovering and straightening out our disturbing negative thoughts and associated emotions.

©2022 Natural Health & Wellbeing is powered by WebHealer
Cookies are set by this site. To decline them or find out more visit our cookie page